Another big week. I’m working on cleaning up the show list and continue testing the new video exporter for Soundslides 3 shows.

I will be waiting for this with happy hope.

I just rolled out a couple of changes. 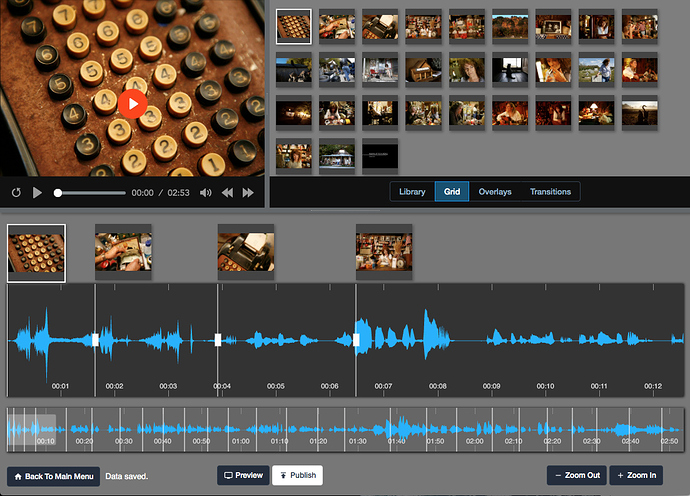 Give it all a go, and let me know what you think. And thanks again for giving it a try.

Thanks for the ability to edit file names. One note about that: I accidentally created an empty show and I can’t do anything with the title and I can’t delete it without adding a file or two.

As usual, I have no idea how difficult these suggestions might be to implement, I just include them if you want to add them to your punch list.

I uploaded my first downloaded file to YouTube: https://youtu.be/Zhq7gm80l7I
Thanks for all your work. It is making my user experience way positive.

Ah, deleting empty shows was on my work list for today. I just pushed out the update.

Gifs might be possible, so long as they’re not animated gifs. I’ll put it on the list to investigate. MP4s as the audio file are a bit tougher as that format is much more diverse than a basic MP3.

Any way to easily allow sharing of projects to YouTube or Vimeo?

Publishing directly to YouTube is on my wishlist, and fairly high up there. It will make publishing so much easier.

I don’t think it will happen before the official Soundslides 3 launch in mid-August though. It will take some time to get the integration with YT’s system set up.

Thanks again for giving it a try!

This topic was automatically closed after 14 days. New replies are no longer allowed.